Continents How to get to us? e-shop
buy tickets
CZ
EN
MENU

What can you discover?

Animals
Nice smells of America
You´re in for a treat

Please reserve yourself an hour or so to go through a tropical forest, swampy Amazonia and grassy pampas; eventually, visit the marine coast.

This domain of Central American rainforest hosts over 20 animal species and 170 species of plants. Most of the mammals and birds are ranging free - encountering them in the rich floral settings is thus nothing uncommon, whether it involves the Guianan saki and the two-toed sloth, or members of avifauna, such as the sunbittern, the yellow-rumped cacique, the red-rumped cacique, the scarlet-headed blackbird, the boat-billed heron. In autumn 2012, this indoor area became home to rare giant otters.

Designed as a hut of a Mayan artist, the terrarium exhibit features the Dracaena lizards and the bull toad. The large aquaria created places to settle for turtles and freshwater fish. Plants occupy two-thirds of the exhibit's area. Planted to form different levels with time, thus the illusion of a real jungle, most of them come directly from Central America.

As an addition, there are artificial trees that are true copies of giant tropical specimens. Surprisingly, they also serve as a support for the glass casing of the building - some of them even contain ventilation equipment. The tropical setting is complete with an automatic fog system. Curious guests can find current data on temperature and humidity indoors or outdoors by checking the screen next to the boa terrarium. With the suspended footbridge, you can even study the entire exhibit almost from the bird's view.

The entrance area is a replica of a Mayan sanctuary - the Edifice of the Nuns found in Chichen Itza. Here, the Mayan civilisation is present with stone reliefs, murals, hieroglyphic scripture, the sacrificial altar and the tomb of a Mayan king. The Mayan arts are explained in detail with use of an integrated video system and education panels. 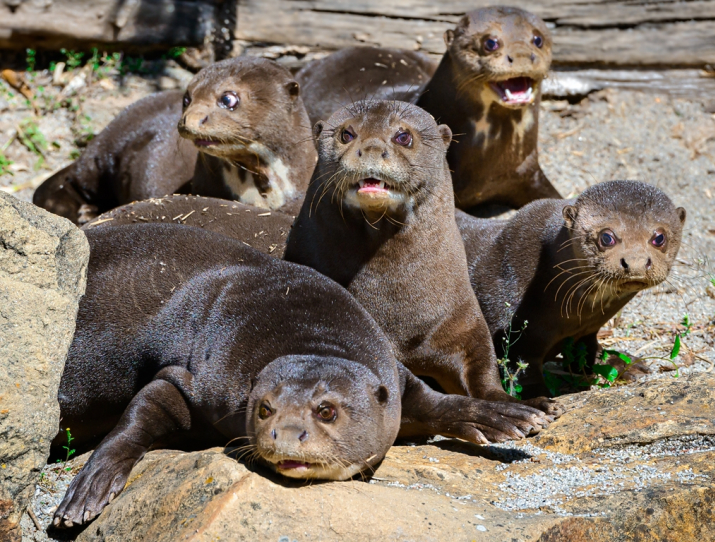 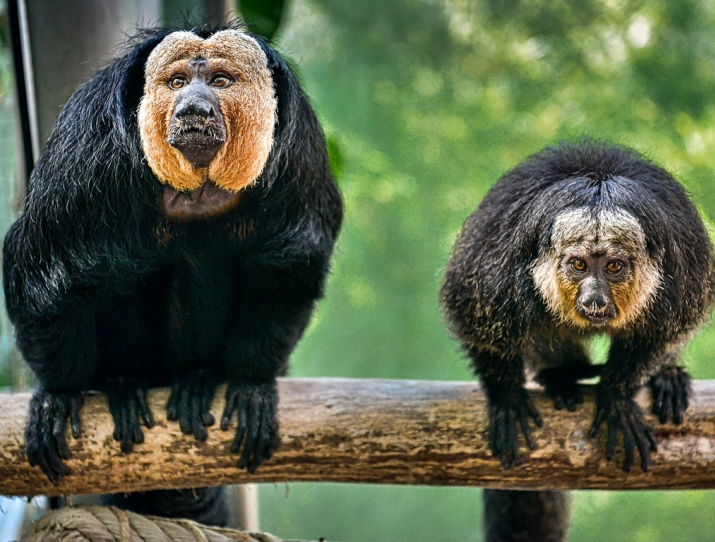 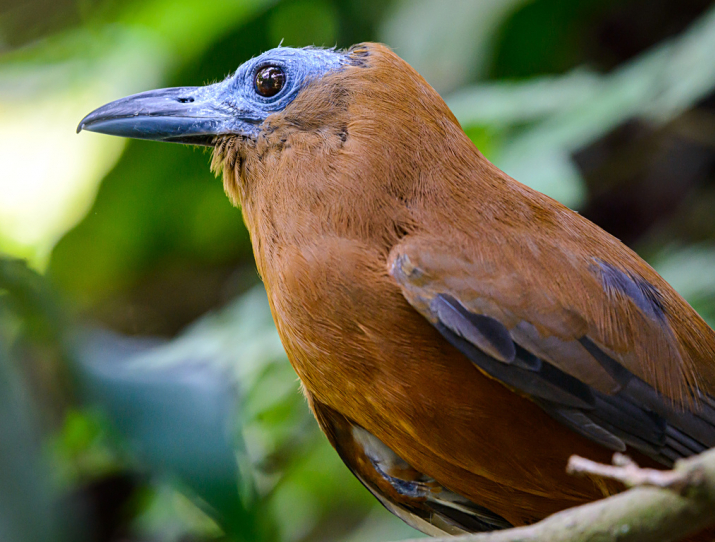 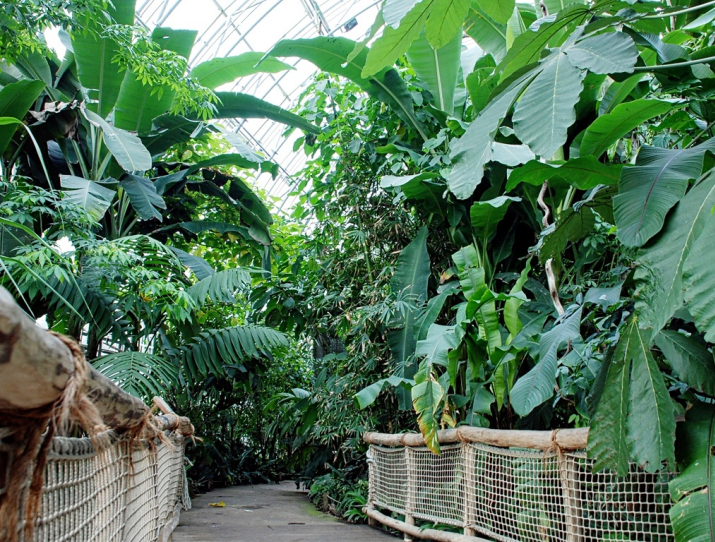 Visitors can walk through the largest aviary in the Czech zoos. You can see here, for example, scarlet macaws, Red-bellied Macaws, Amazona parrots, Black Curassow, White-faced Whistling-duck or Inca Terns.

In the upper section of this zone, there are two more exhibits. The first one hostes squirrel monkeys (another breeding group) and maguari storks, the second one is the home for Southern tamandua and Brazilian bare-faced tamarin. 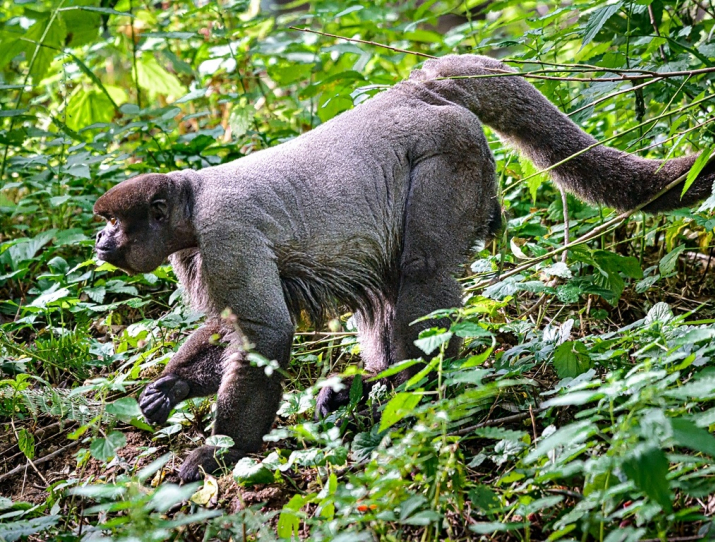 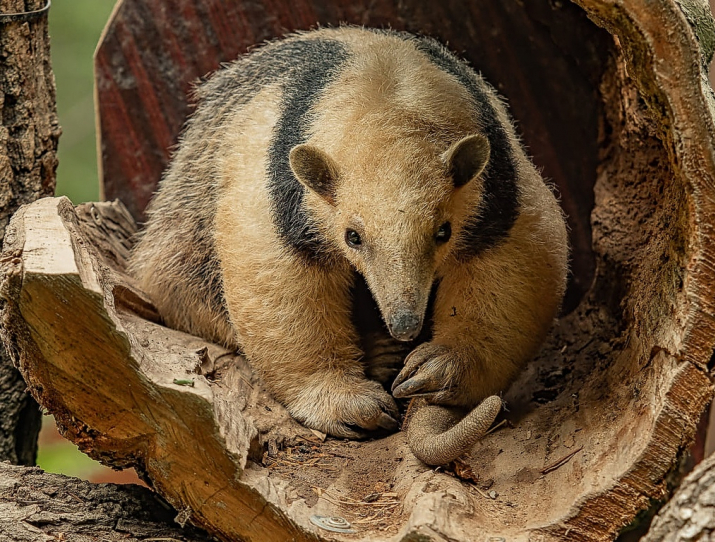 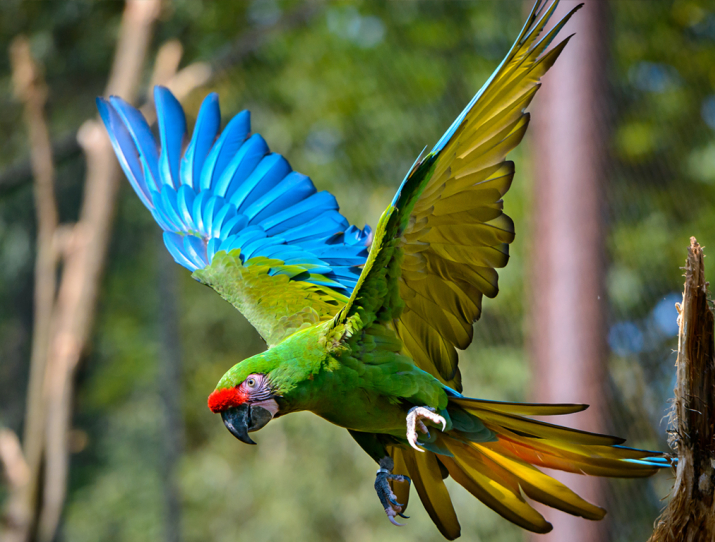 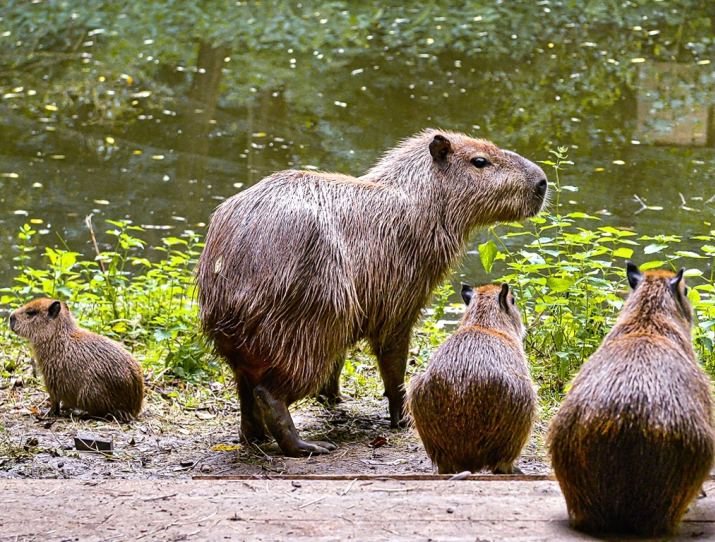 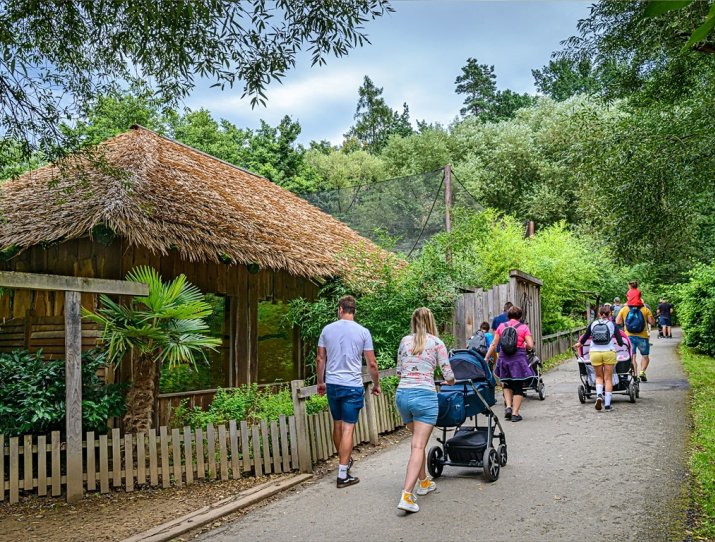 The exposition of sea lions reminds an old harbor next to the sea coast. Due to the glass part of the wall, the visitors are able to see the pinnipeds swimming in the water. The outside pool contains 160 m3 of water with the deepest point measuring up to 230 cm. At this moment, the group is formed of 3 specimen - male Oskar (born 2007) and two females, Betty (1999) and Fany (2004).

Our sea lions are undoubtedly one of the most popular animals in the whole zoo. Throughout the year, they show their incredible skills and talents during their feeding time twice a day. 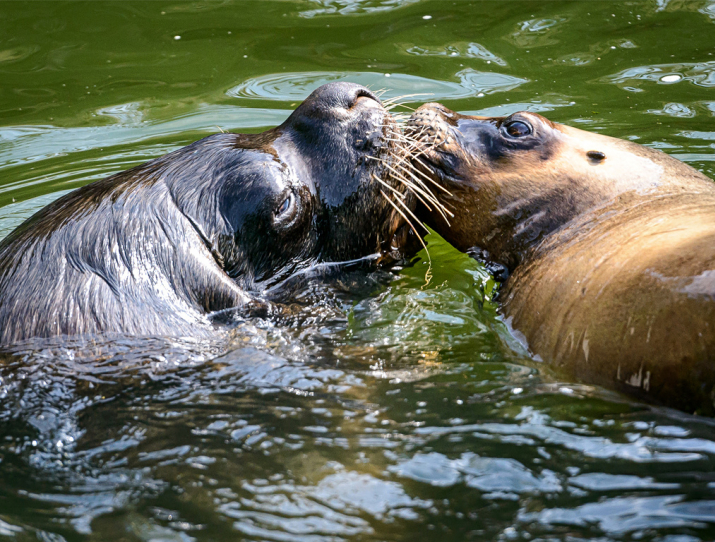 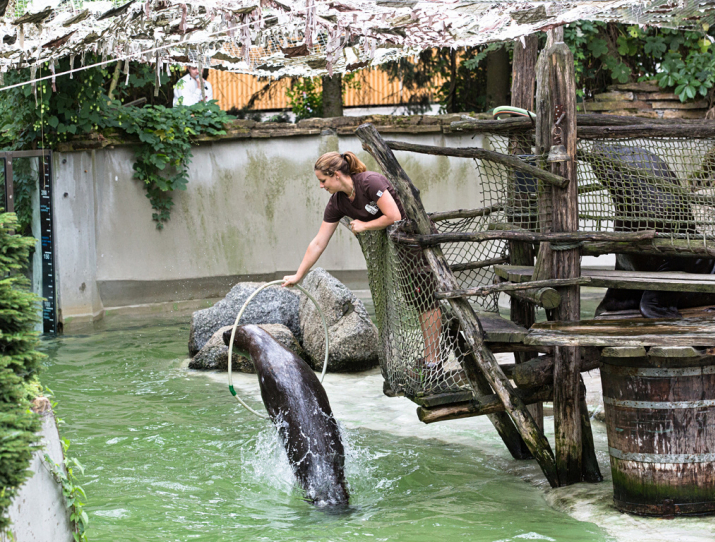 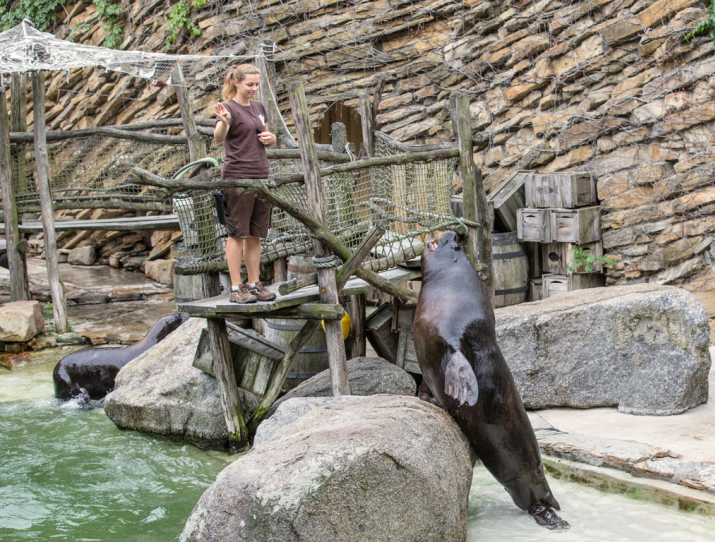 The trinity of typical south american specimen can be found right under the tropical building Yucatan. The robust inhabitant of the Amazon South American tapir or the largest living rodents in the world, capybaras, can be both easily observed from the overlooking stylish wooden platform. The whole exposition is enriched by an aviary which is home to the Northern screamer. Giant anteaters and a couple of Prehensile-tailed porcupines can be seen in their glass homes but newly also in an outside area designated just for them. 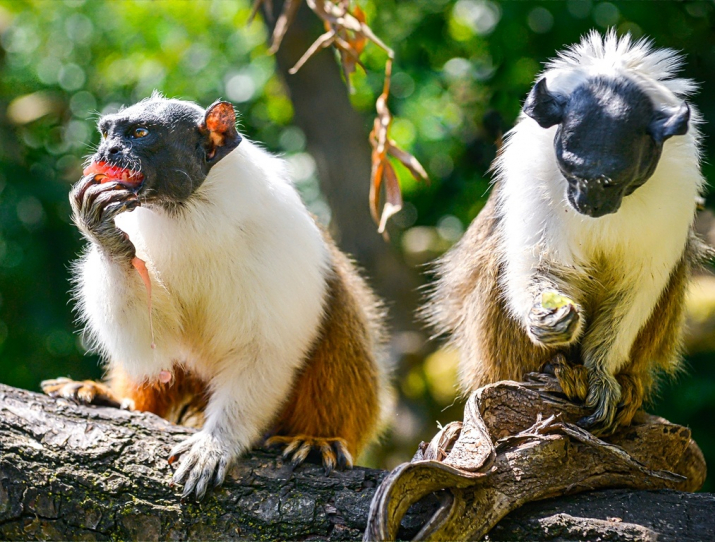 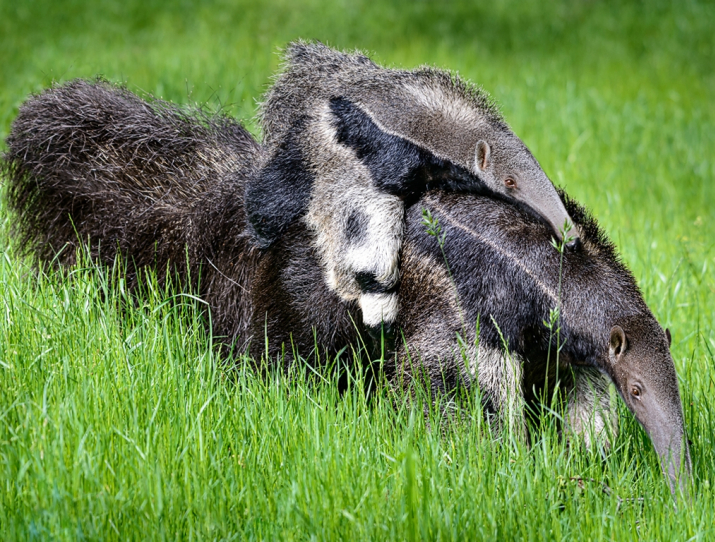 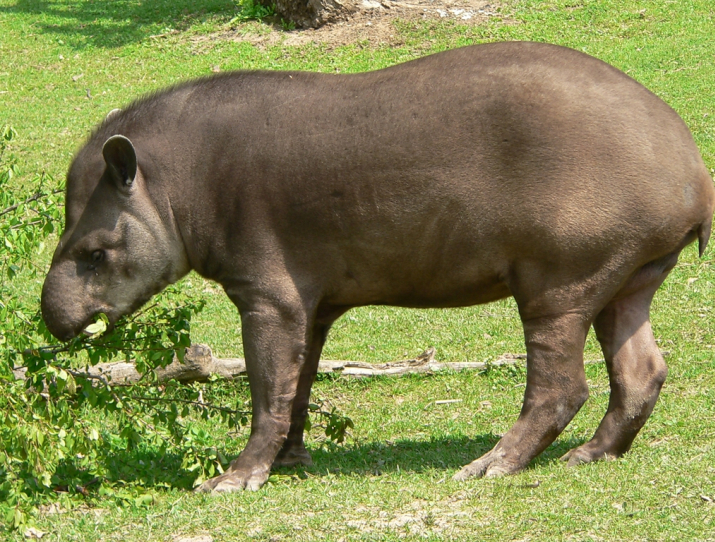