Continents How to get to us? e-shop
buy tickets
CZ
EN
MENU

What can you discover?

Animals
Real Africa
You´re in for a treat

Africa at Zlín Zoo – this is about animal houses of native hut design, extensive enclosures with typical ambassadors of mammals & birds of the African savannah, semi-desert areas and Ethiopian mountains with endemic gelada baboons, flamingos wading in the lagoon, or "little Madagascar" in the form of ring-tailed lemur displays located on islands.

Called Kali (born 1995), Zola (1996) and Ulu (1997), the three female elephants have a spacious indoor facility along with an extensive outdoor enclosure to share.

Resembling a large African hut with its shape, this animal house is decorated indoors with true imitations of rocks and giant trees. Outdoors, the grounds actually form a single large place for elephants to play and exercise. A giant barrel, stumps, stones and logs serve not only as toys, but also as aids to rub their skin. Included are also pools indoors as well as outdoors.

The indoor area of the house also features a large freshwater aquarium. Helping to make the African atmosphere complete is the corner with wooden sculptures that you discover above the elephant house. 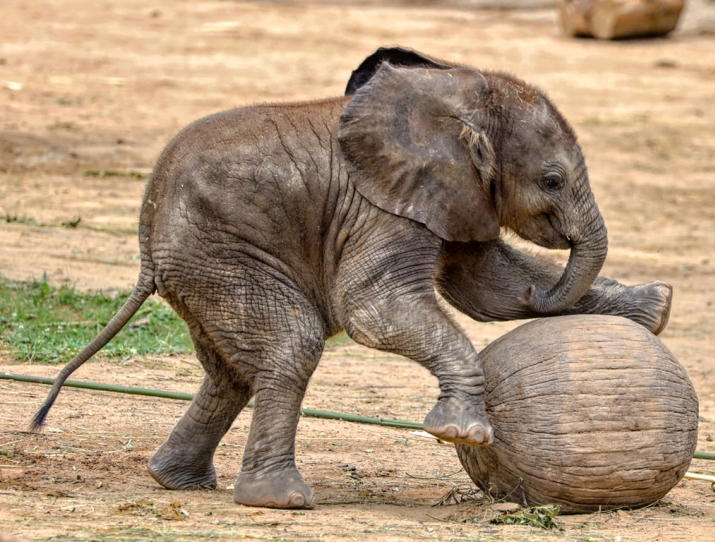 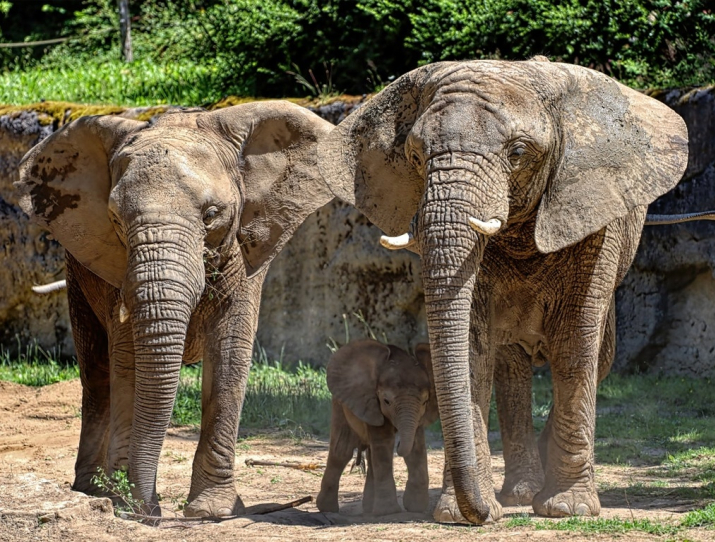 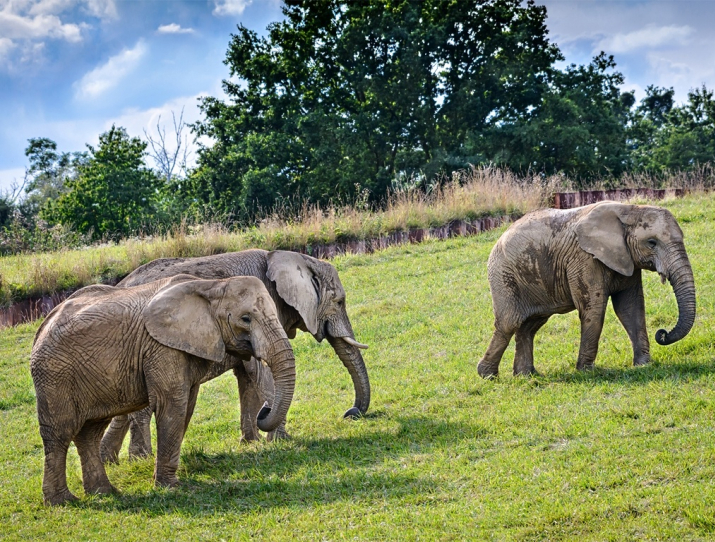 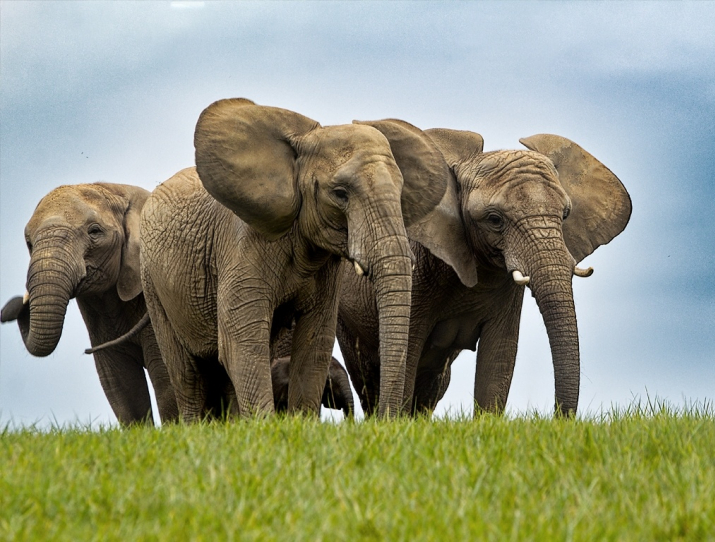 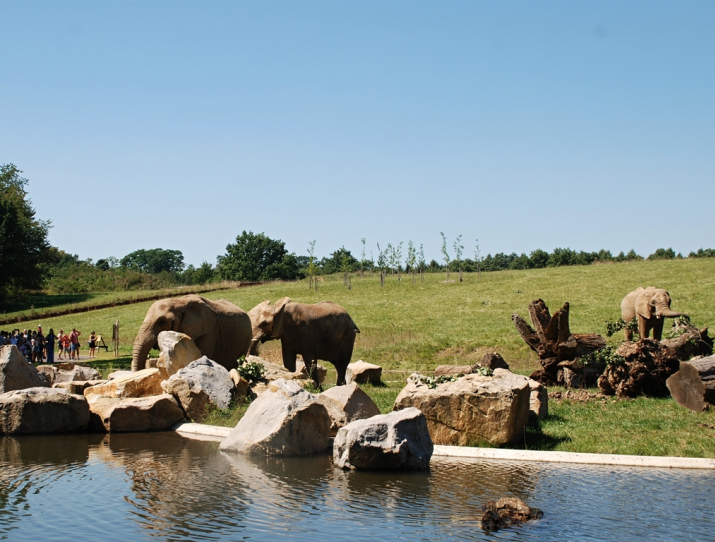 Ethiopia is the new face of exhibits at Zlín Zoo. In addition to meeting African animals, this zone is full of original ethnographic objects and features examples of native-style huts to shed light on the different world of people of Ethiopia.

Central to the section called Ethiopia I is the large outdoor enclosure for gelada baboons, which spreads directly above the elephant house. Connecting to it are the leopard tortoise display, as well as the largest aviary fenced with steel mesh of those found in Czech animal parks. The structure houses birds typical of Africa – wattled cranes, hamerkops, piping hornbills and marabou storks. One of the creatures that you can encounter in almost every Ethiopian village is the Somali sheep. They can be found above the gelada baboon enclosure near the stylish circular hut.

Ethiopia II is an area displaying fancied meerkats, but watched can also be antelopes called bongo, spotted hyenas, or zebus – the members of domestic cattle.

The animal exhibits were made complete with a native village as well as a host of original ethnographic objects made specifically for Zlín Zoo by Konso people, members of the Ethiopian tribe. Even though their home are inhospitable slopes, this nation is famous for its farming activities. Konso people and the unique natural beauty of Ethiopia are also introduced to you through boards of appealing design, while the shelter near the aviary offers streaming of documentaries produced.

Kefa bar – an Ethiopian style, this facility has much to offer, including the delicious Ethiopian coffee and genuine cakes that the natives prepare. 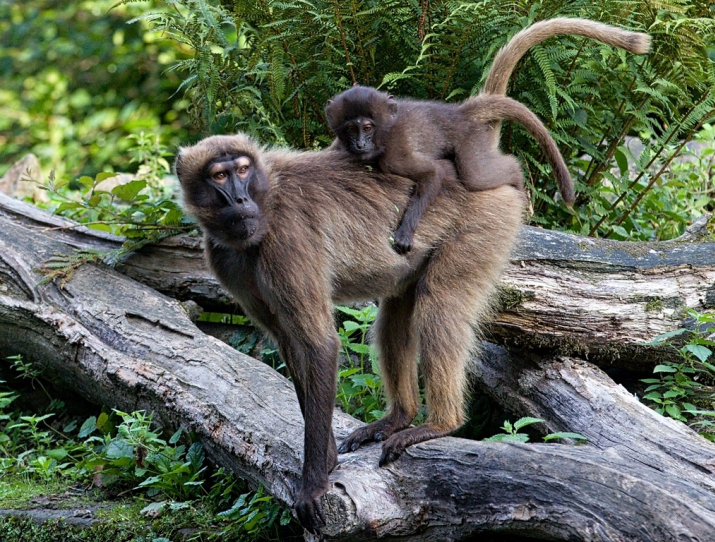 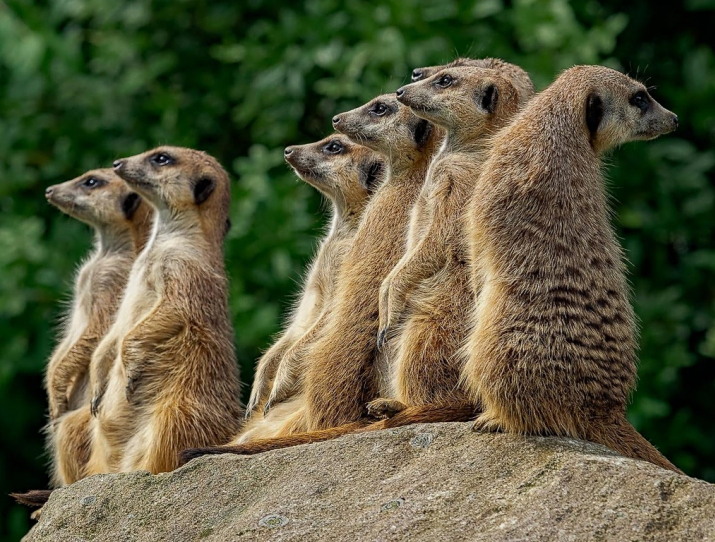 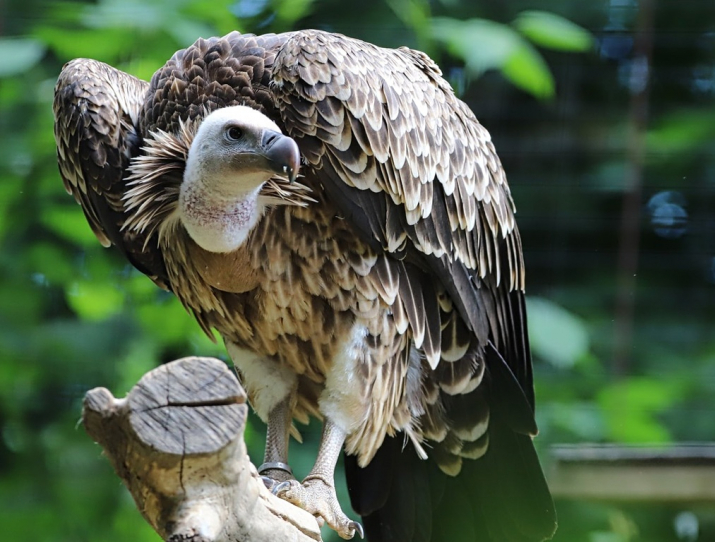 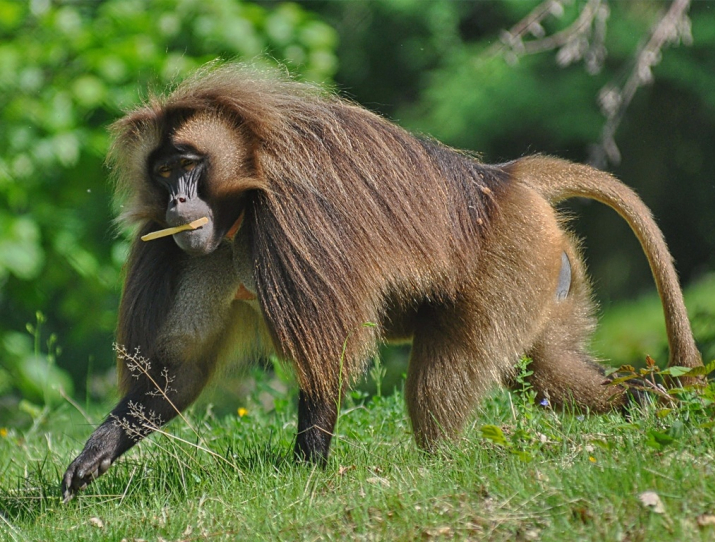 Representatives of savannas of the black continent - Rothschild's giraffe, maneless zebra, blesbok, common warthog and common ostrich - together, they inhabit the exposition which is, in its shape, similar to a big african hut. It’s directly connected to an expansive outdoor space. Giraffes use solemnly the top part of the exposition, whereas other animals have the option to also roam around the lower hilly part.

The animals can be watched from an unusual perspective. Both the indoor and the outdoor exposition are surrounded by elevated platform for walking. This way, you are able to look the giraffes right into the eyes. 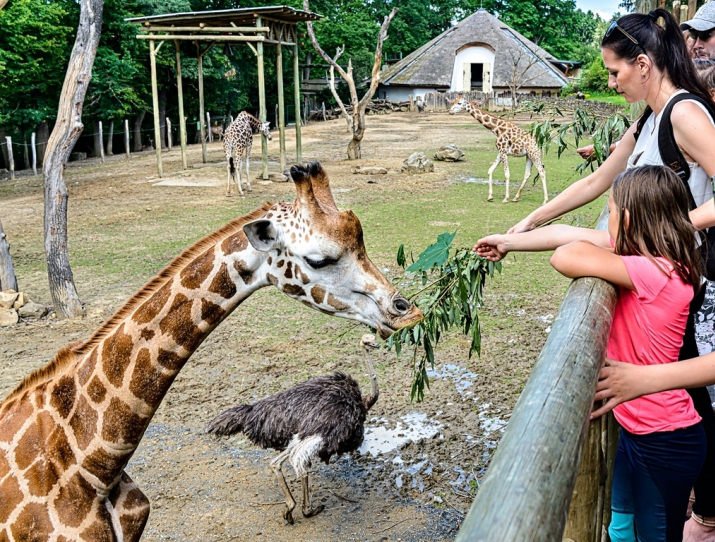 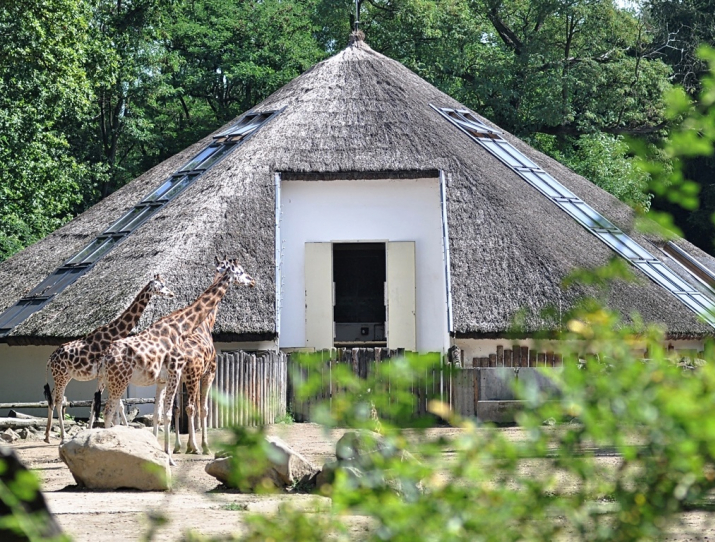 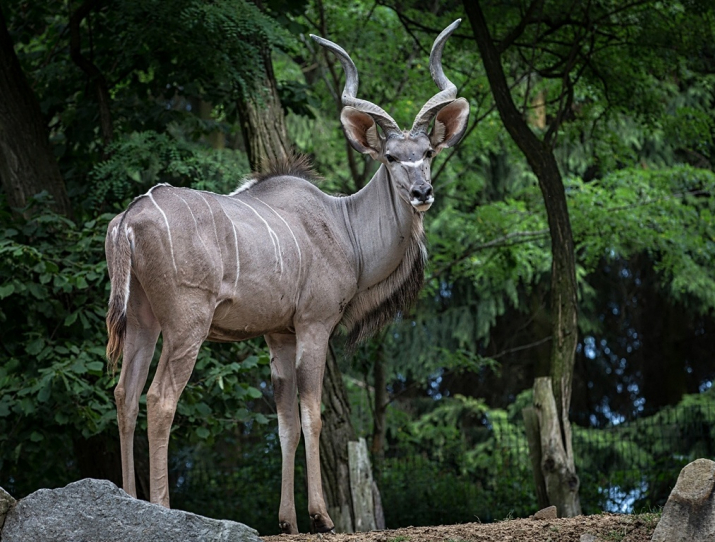 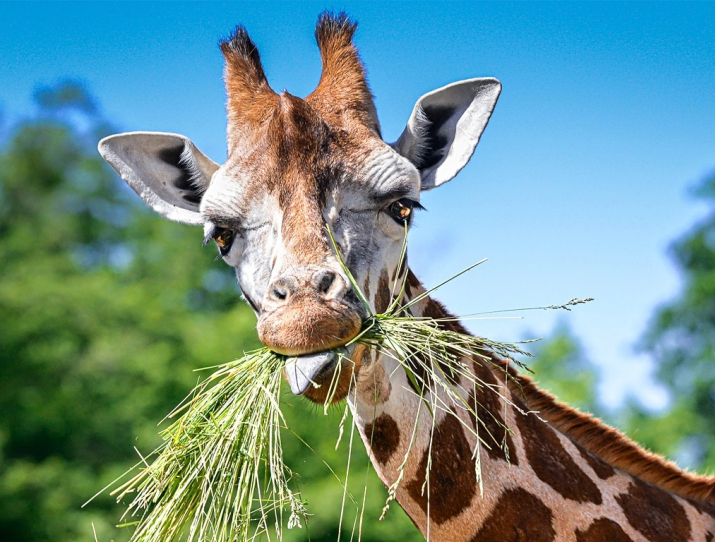 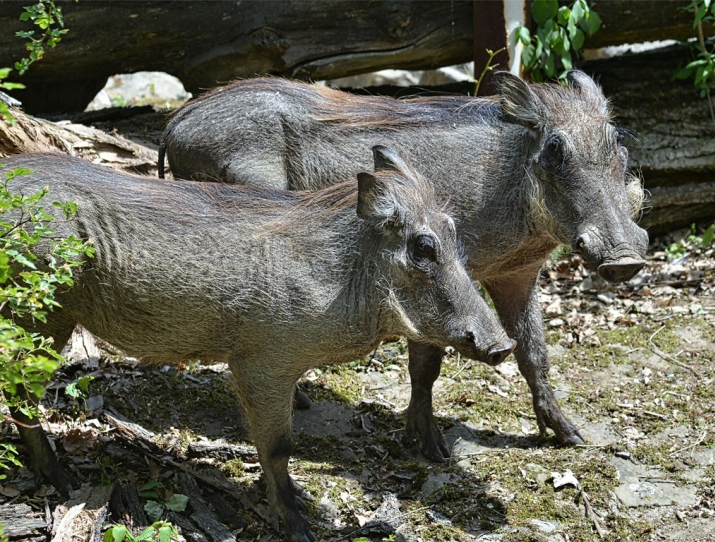 In 2012, both indoor and outdoor enclosures were distinctly modified in order to move the southern white rhinoceros from the exposition of giraffes to here. First rhino to be placed here was male Kashka, whom we obtained from english zoo Malton in December of 2012. In the spring of 2013, our two females, Zanta and Naja, were finally moved here from the exposition of african ungulates. 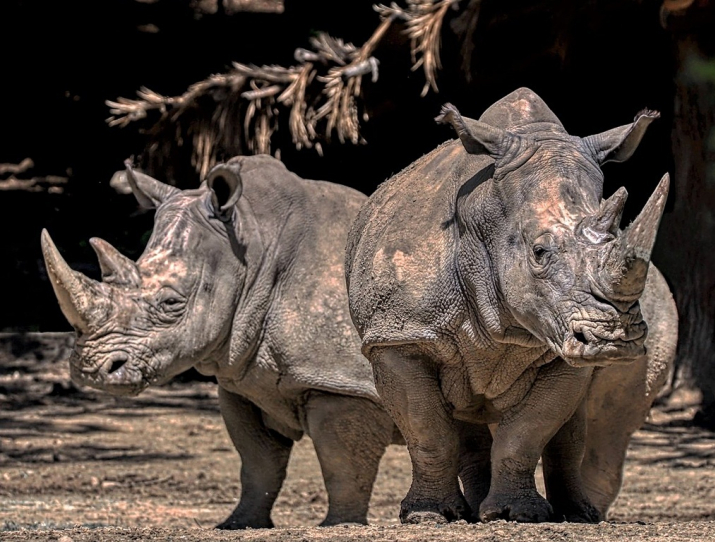 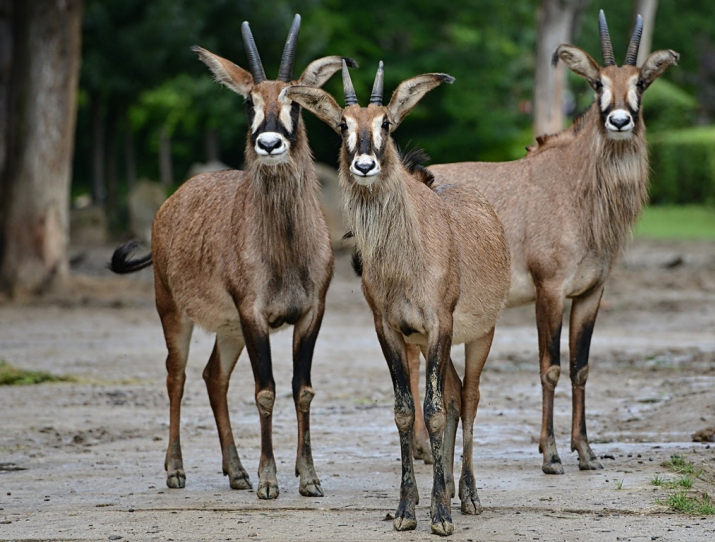 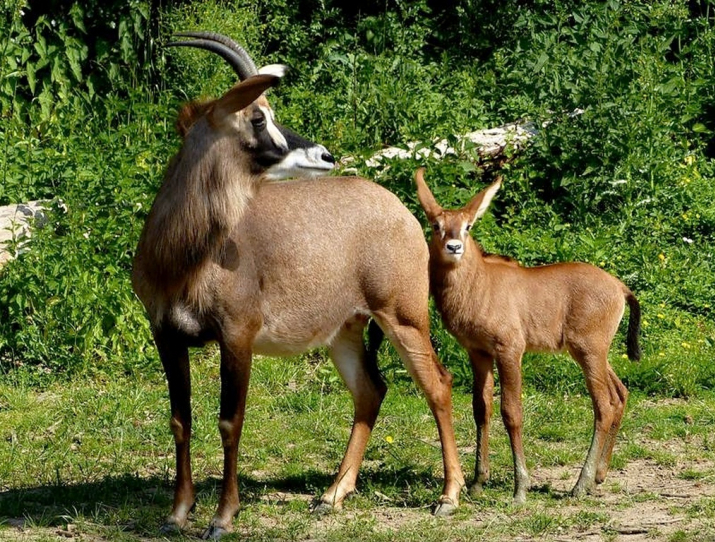 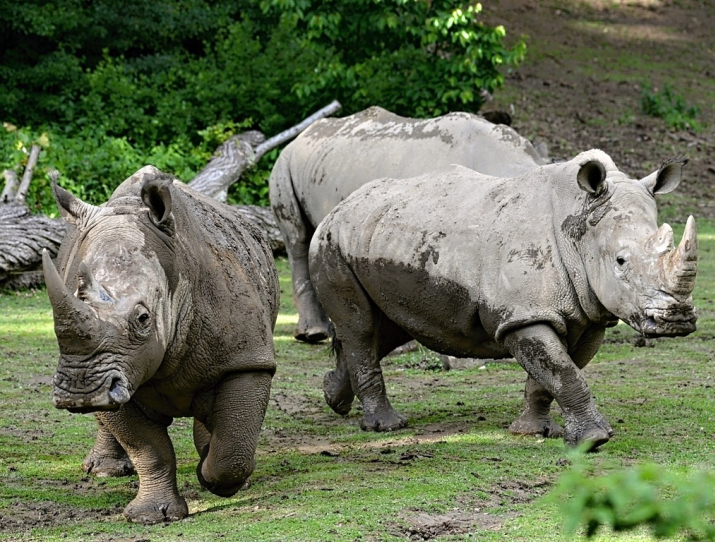