Transformation of Amazon’s area is not ending by completing Guayanas. We will start preparation of a new exhibit this year which will be named Jaguar Trek.

It will be created on the slope under the tropic hall Yucatan. We will prepare an extra exhibit for Jaguars, 2000 m2 large, and we use ground’s differences of this terrain. Typically coloration jaguars come back to Zlín after more than 25 years (black coloration jaguars left in 2002). Although jaguars were seen almost in every zoo in the past, these days they have been disappearing in European’s breeding.

You can take a look at a draft of this new exhibit on these following visualizations. 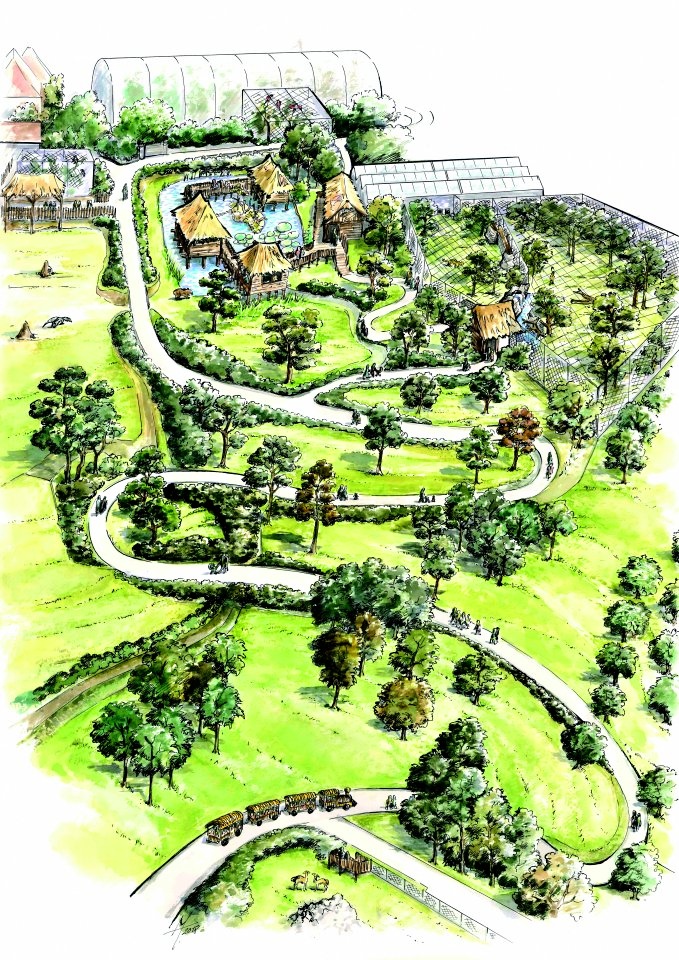 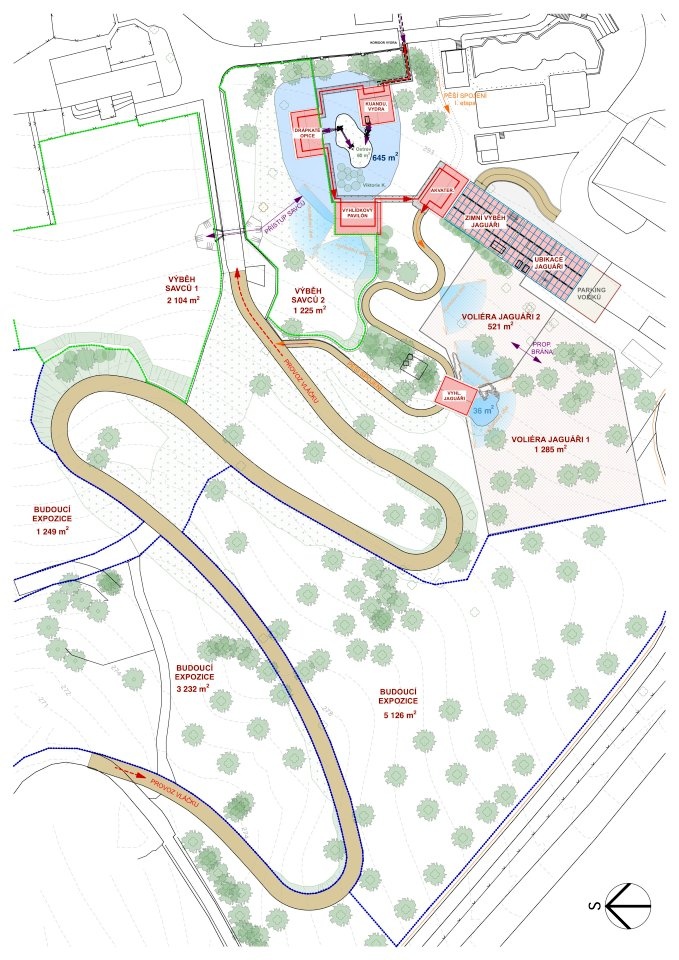 We prepared a project part in 2018, a construction begins in 2019. It will be divided into a several parts. We will start with a part of a construction Jaguar Trek-stage 1 in 2019 (summer enclosure, winter pavilion and enclosure for jaguars) which is highlighted in red on the visualization. It will follows a construction of a new route for a shuttle train – highlighted in yellow. If it goes everything according to the plan, the opening will takes place in 2020. 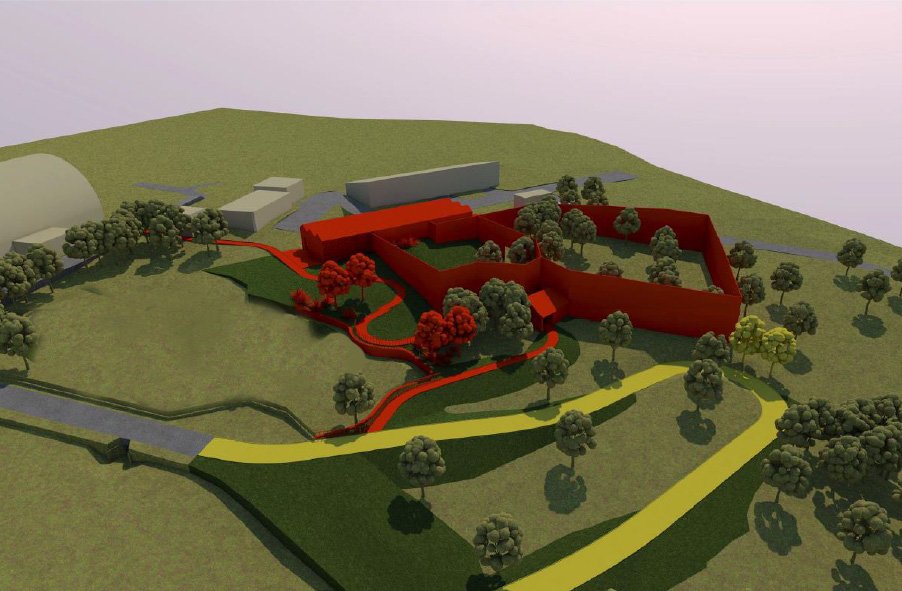 We are also planning a part-realization of Jaguar Trek-stage 2 in the future, such as exhibits for tamarins, Brazilian Porcupine and aquaterrarium. This is highlighted in blue on the visualization. 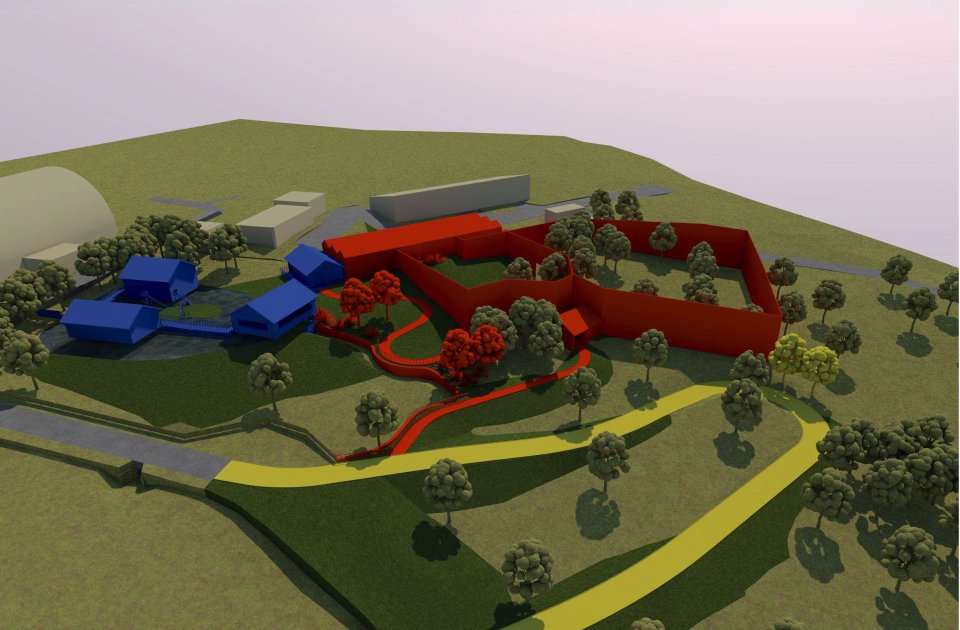 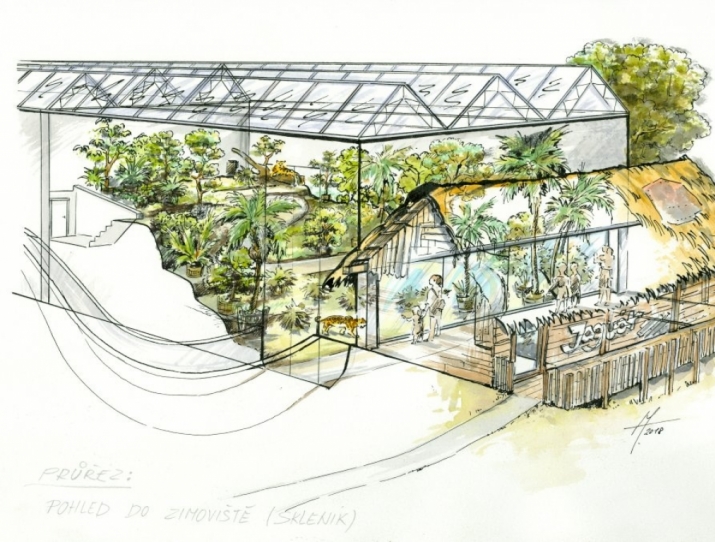 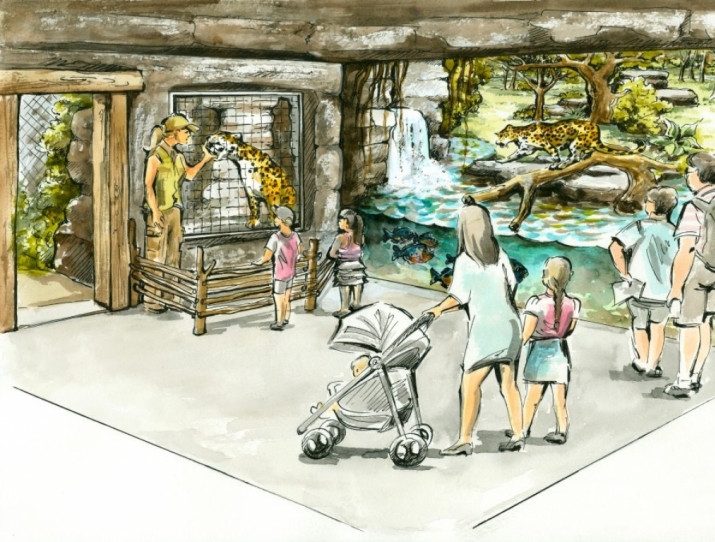 HoW to gEt to us?